Not Quite a Beginner, Not Quite an Expert, Now Starting Online School

As they suddenly advance through the high school curriculum, three tenth-graders discuss their thoughts upon converting their everyday classroom into their small computers at home. 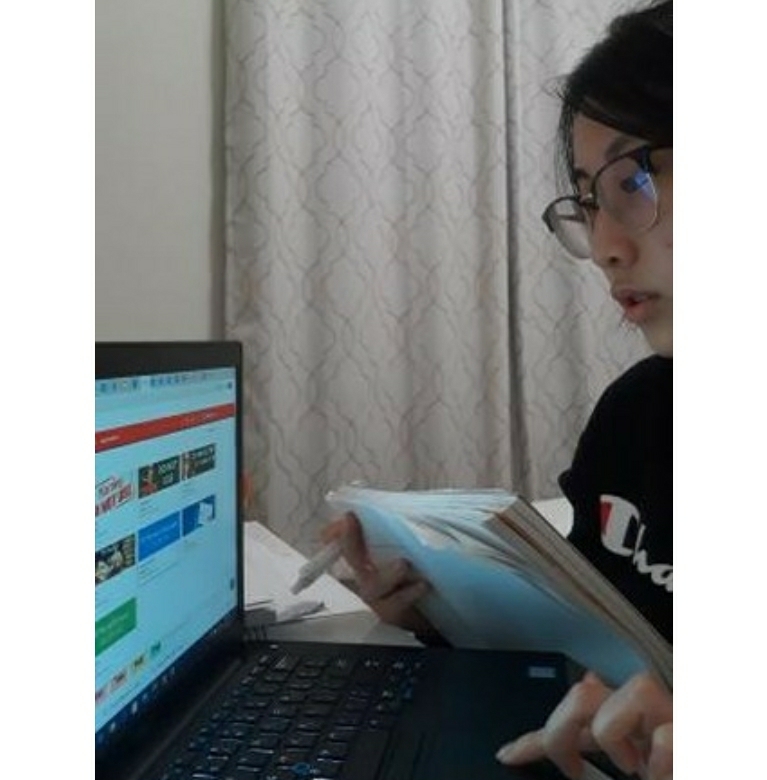 At the latest hour of the day, Yen Doung moves the cursor to her desired class for a bit of note taking, “I only need one more left…” Doung whispers as she had used most of the hours of the day to write down AP notes.

The ringing of the school bell the tenth-grader hears at the end of all her Zoom meetings gives her a swell of anxiety, because by then, she stares blankly at her screen, realizing she didn’t learn anything. Online school makes students struggle needlessly in their classes, especially tenth-graders Yen Doung, Arim Choi, and Lylian Mai, who recently found out the disadvantages of online school. But, while bringing up numerous complaints about this new change, they find themselves growing to like it.

Every morning Choi logs into her Schoology account, she grumbles when she hesitates to click on her AP Human Geography class. And after her difficult first period ends, she gets even more upset, now having to click on her AP World History class. Even though Choi doesn’t regret the decision of including another AP class in her schedule, she gets easily frustrated when she thinks about waking up to her two most difficult classes.

“My first two classes are much harder online,” Choi emphasizes, rolling her eyes when the word online spits out of her mouth. “We only have a short amount of time to write down important info the teacher had said, and usually they would only talk to the in-Person students. Although Connect students can access powerpoints for [taking] notes, we may have missed in the [previous]  lesson, it’s not easy to learn through powerpoints.”

Like Choi, Doung also has a lot to complain about when taking three AP classes-AP Human Geography, AP World History, and Physics AP-online. Doung mostly struggles with managing her work time effectively. She finds herself relentlessly working on her AP assignments until the late hours of the night, wondering when she would get to the open tabs that hold all of her assignments in her computer. The most troubling of assignments being the work for her AP Physics class.

“I heard that AP Physics is super difficult and that I may cry this year because of it,” Doung worriedly stated. “My AP Physics teacher is a great guy, but the packet he gave to me [and my classmates], looked so daunting. But it’s nothing a little Crash Course, Khan Academy, Youtube, and Google can’t fix.”

Unlike most tenth-graders, who are quick to take up on the opportunity, Mai chose not to do any AP classes. However, AP classes aren’t the only difficulties of online school, because, for Mai, Choir has become quite the hassle to go through. While the choir instructor teaches her in-person classmates, Mai sings alone on mute with no one to help nor check on her.  There is no way for Mai to improve with her classmates when there’s no way they can efficiently sing together through Zoom. Mai has no choice but to rely on herself this year for Choir. While Mai longs to sing with her classmates in choir, Mai finds it difficult to talk to other teachers through Zoom.

“I hope more teachers check the chats in Zoom,” Mai said frustratingly, throwing her arms above her head. “There are times when we don’t feel comfortable asking questions out of nowhere or in the middle of class. So teachers should pay a bit more attention to Zoom.”

As mai continues to complain, Choi starts to look for the beneficial parts of online school. While rummaging through her mind for other complaints to mention, Choi abruptly encounters the many advantages online school has. She blinks, realizing that because she chose to do so many advanced level classes this year, that she would’ve found herself alone as the only Sophomore in each of those subjects. But now she can focus by herself rather than wait for a conversation to spark between her and her fellow classmates. She also has found that she has more time for work than most in-person students.

“Having more time to do assignments and not having to rush the whole class period to finish [them] makes online school easier,” Choi said, breathing a sigh of relief. “We have a bit more time after school to finish assignments.”

Yen also found that the extra time to work on assignments is the best part of online school. It’s a breath of fresh air when she finds out she has a ton of time until her assignments are due. She can also easily go back and forth between different subjects until she finally finishes one of them, and the flexibility of her schedule never fails to make her breathe a sigh of relief.

From the number of complaints about AP classes, and the most familiar of subjects changing drastically online, to discovering the positives of this situation that has brought problems to many, these tenth-grade students are learning how to live through the change that is called online school. After they hear the ring of the school bell, indicating the end of each class, they will be sitting there taking their time preparing for the next class, the next class, and the class after that. Wondering if they could shed a few more hours of their day to finish their AP assignments.