Behind the Scenes of Hollywood 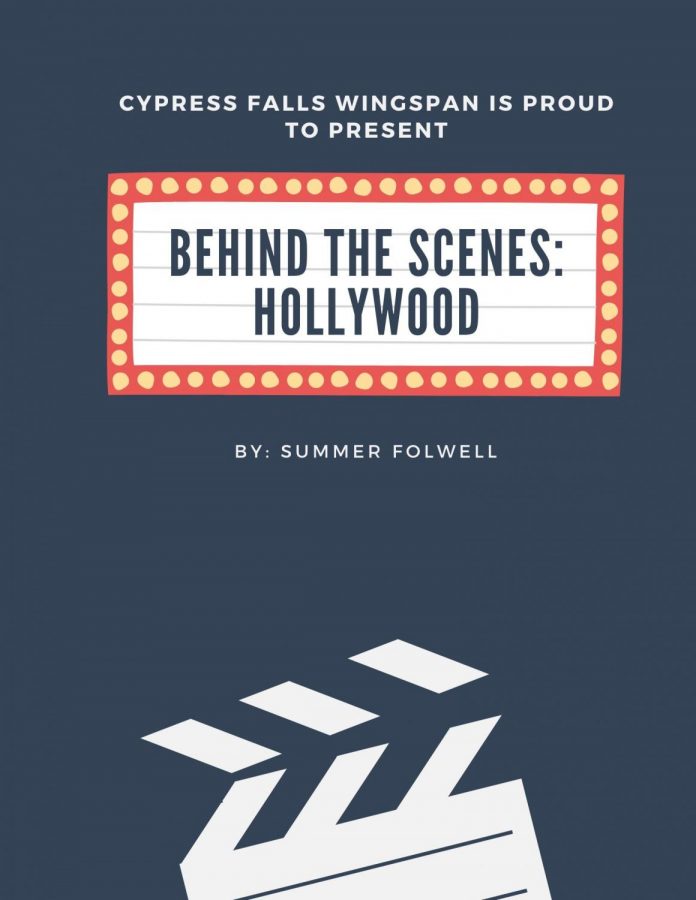 The movie set is a whole other world and most of the time, the actors don’t even know what all goes into the making of the movie.

“There are so many things you don’t see,” scenic artist Corissa Smith said. “There are people at the movie set specifically just to make things look right.”

A whirlwind of things goes on when a movie is in production. This aspect of having so much going on in the movie industry attracts many people.

“That’s what got me so interested in this job,” Smith commented. “ I love how there is a whole other world that goes into the making of a movie.”

Most would think that the crew would be recognized in the award ceremonies, but many times viewers don’t even see their awards. Crew awards are usually given during commercial breaks, while awards for actors, or the designers of the insane costumes, or for an amazing soundtrack are given during showtime.

About 32 percent of the cast and crew go uncredited.

So many people are a part of the world that is the entertainment industry, and so many of them go unrecognized. If we try and get the word out about these talented people we can help them so much. So whenever you see the set in a movie or the small details think about how much truly went into it.